You're only 2 clicks away from getting a quote! 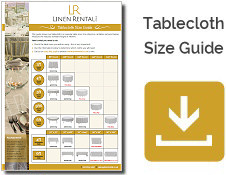 The Humble Napkin And How It Became Table Art

They are a staple object on most restaurant tables, but did you know that the first napkin was made of dough. We also used to wipe our mouths on a piece of bread before cloth napkins came along? Step back in time with us to find out more curious facts about the humble napkin through the ages.

Invented By The Romans

The Spartans were the first people to use a napkin although it’s a far cry from what we use today. This one was made out of dough. It was constructed out of two small pieces of dough and kneaded at the table to form a flat pancake that could be used to wipe the hands. The sudarium, Latin for “handkerchief” followed and consisted of a small piece of fabric kept in the pocket, and used to mop the brow during meals in the hot climate. Diners would also carry their own lap napkin called a mappa and this would also be filled with leftovers from the feast, a custom that can still be seen today in the guise of “doggy bags” in restaurants.

Adapted In The Middle Ages

It was during the Middle Ages that the napkin disappeared from the table altogether, and was replaced with whatever was close to hand, whether that was the back of the hand, a piece of bread or a piece of clothing. A short while later, communal napkins were used (yes, we pulled a face too!), and hung from the edge of the table ready for everybody to use. Not so bad if you were the first, but we wouldn’t want to be the last diner at the table.

Napkins of a kind were still being used in the seventeenth century, albeit rather large in size - 35 inches wide by 45 inches in length, in fact. That’s almost the size of a small tablecloth! During the eighteenth century, the French court imposed an elaborate code of napkin conduct such as how far to unfold the napkin on your lap, when to use it and how to use it appropriately. A piece of text from this time states “It is ungentlemanly to use a napkin to wipe the face or scrape the teeth, and a most vulgar error to wipe one’s nose with it.” Quite right too.

Around 1740, the world was introduced to what is now known as ‘table service’ - twelve napkins, a large tablecloth and a smaller one laying on top. This combination has largely remained unchanged over the years, and although napkins have got much smaller in most establishments, table service is still the same today.

Okay, so we haven’t revolutionised the napkin, but we do believe in keeping with tradition and helping our customers to dress their tables elegantly with high quality table linens. From matching tablecloths and napkins to decorative chair covers and bows, we give you the freedom to dress your tables beautifully in a range of different colours and styles. Our linen hire is affordable, convenient and of the highest quality, giving you confidence that your venue and furnishings will look stunning.

Necessary for quoting and checkout processes to function.

Enables us to optimise our website based on historical visitor trends.